TIME TO RELEASE THE SNAKE INTO CHILDREN’S ROOM

A novelty in the world of Muffik is the Snake set. This set was created primarily as a functional balance beam, which is ideal for strengthening the centre of the body and thus gaining better balance. But it can also be used to practice the arch and strengthen the valgus ankles.

You can choose from three colours (beige, lime, grey) and the basic set contains a total of 6 pieces. It consists of a head, 2 straight parts, 2 curves and a tail. But if it is not enough for you, you can also buy an extension in the form of a set of 1 curve and 1 straight part, which is in lilac, green and grey. This allows you to create a huge anaconda from a smaller snake.

The width of the snake is designed exactly for children's feet, which can balance on it. But it is not as easy as it may seem at first glance. The adult's foot covers the entire width of the snake, but it makes the balancing itself even more difficult. Especially at curves, one sweats a lot before finding the right technique. To overcome the obstacles easier, I recommend fighting the snake without socks. This is also due to the fact that you will feel its texture much better.

However, you do not have to build it into a whole, but you can connect the individual parts differently with other Muffik parts and thus divide the balance elements into several parts. Unlike other pieces of Muffik, the snake is hard and can easily carry the weight of an adult. You don't even have to connect it with other Muffiks, but you can have it separately, for example in the hallway.

Our girls like to use a snake as a "password" to enter their room. First, we must walk on the snake and only then can we enter the children's room. Sometimes they add that after overcoming the obstacle course, we have to pet the snake.

As adults, we tend to overthink things. But sometimes, less is more. To pass on to the children and let them figure out what to do with a particular set is often enough. Children's imagination can be very surprising for us.

Children notice even the smallest details, such as the snake's tongue. It is only visible from a closer look, because the surroundings of the snake have a similar structure and the tongue literally merges with the surrounding environment.

The snake has brought another element to the world of Muffik, which will diversify the entire collection and give it a change in game possibilities. 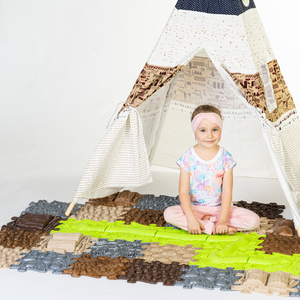 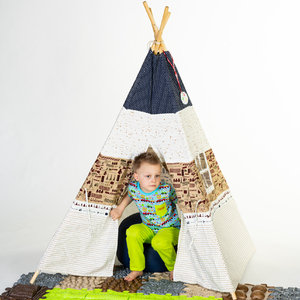 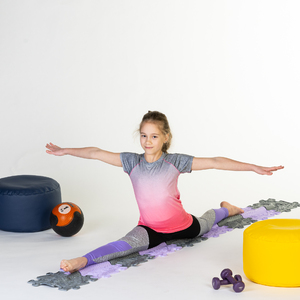 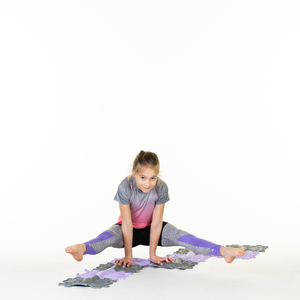 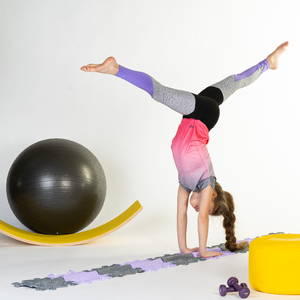 Try to look at our offer or try searching.